Story Of My Life
Every day in your life is a new page in your story, make it count. 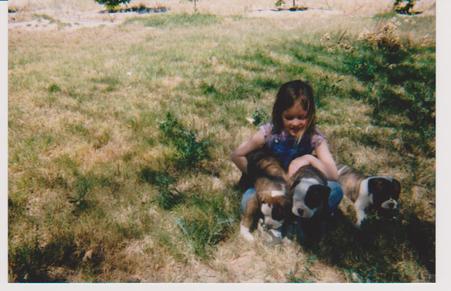 For those of you who took the time to read this... I will try to make it fun.

To start things off... My name is Savannah Jane Keyes! I was born in California.  Shortly after I was born, (1997), it was just my mom and I.  The summer of '98,  we moved around a lot and eventually ended up moving in with my grandparents. My mom had to work three jobs at the time just to provide for me and give me the life that she had always dreamed for her children. They lived on a 40 acre farm in a small town that nobody really knows about... Boreago Springs, California. I grew up riding tractors in my overalls and running around with my 6 american bulldogs.  My Nana used to catch me singing songs from "Annie" and reenacting Britney Spears music videos in her living room until my mom and her introduced me to country music. Then I was running around singing Dixie Chicks and Patsy Cline. I still remember my mom and I driving around  in her car listening to Garth Brooks and Diamond Rio on our cassette tapes. My grandparents and my mom couldn't get me to ever stop singing. I would sing every word I said... Finally they let me do it in public when I was about 4 years old. Every Thursday night at 'Carly's" (a restaurant in the town we lived in), would have Karaoke. I would go down there every week and bring my Disney karaoke CD's. I was the always the only child there, but I didn't care. After two or three songs, I would go back to my seat and try to think of more songs that I could sing and if I couldn't come up with anything... Then I would repeat the ones I had already done! I just wanted to be up there. No matter what, I always found a way.  Around the time that I was 4 my mom met the wonderful guy that I know now as my dad. We picked up everything we had, put it in the back of a car, and drove to Utah. She got married to him that year. With their marriage I gained an amazing father and two brothers. We were a family. Shortly after we moved out here, my grandparents followed. We didn't live on the farm anymore, which meant no more thursday night karaoke. I would go online and search on Craig's List for hours a day trying to look for places I could perform. My mom threw me into any and all activities that she could to keep me busy. Whether it was cheer, dance, or theater... It was never enough. 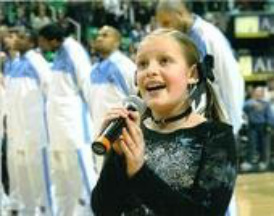 I just wanted to sing, and she knew it. She tried finding new ways for me to perform, but there is only so many places for a little girl to perform. I started singing the national anthem for every sport that you could think of. As an 8 year old by this time, getting to sing for the Utah Jazz was absolutely fantastic! A dream come true! My mom would fly me back and forth from Nashville and Utah because the dream was to be a country music singer, and I always knew that was the place I wanted to be. But the craving for more never went away. Which brings us to.... 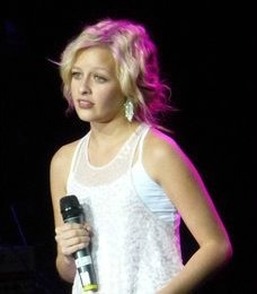 When I hit 12 years old and I was in 7th grade, it became easier to find places to perform. Now I was old enough to sing at festivals and fairs, join karaoke contests, and enter competitions around the state. My mom always tried to video archive everything. We still had a lot of family out of state that were interested in what was going on over here in Utah. So... We decided to join the YouTube bandwagon and upload the videos to there! We never thought about anything coming from it, we just did it for fun! When I was in 8th grade, I entered the "Collgate Country Showdown". I remember when we arrived there during rehearsals, we never thought anything would come from it because there was person after person rehearsing their original songs and playing their guitars, and I only had my Martina McBride karaoke cd. After all was said and done... I got second place! For a girl who had never picked up a guitar or written a song, it was a complete shock and such a humbling experience! After that, one of the judges had invited me to open for the "Peter Cetera" concert that was showing a few weeks later. 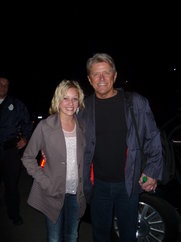 I was so grateful and so excited, but also so nervous! I had a 15 minute time slot! How was I going to fill that time? When somebody opens for a concert, they have a whole live band and a whole list of songs they have written to perform! I didn't have any of that. With the help of my soundtracks, I did it! My mom was too nervous to video tape it, so my grandparents did. My poor Nana's hand was shaking so bad! We uploaded this the next week to YouTube to share it with my family in California. Suddenly, my views went from a few hundred... To a few thousand! We were shocked and excited! My views were never in the millions, so once again we never thought anything about it. We just went about our day! 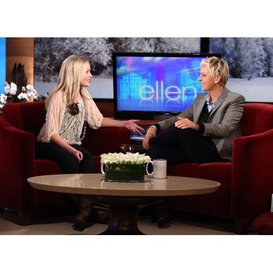 A few weeks later we got a phone call, and before I knew it I was flying out to sing on the Ellen Show to sing my cover of "Let Er' Rip" by The Dixie Chicks. I remember first arriving on the Warner Brother's parking lot and walking onto the set. I had my own dressing room with my name on it! I felt so special. I remember going through rehearsal! It was the first time I walked out on the actual stage to practice my song. I was in complete awe! This is also when I first met Ellen and her wife. They are both even more beautiful in person! She was so down to earth and made me feel so comfortable. I was so anxious and so excited when I was going through hair and make up! I felt like a total celebrity! I remember everything leading up to the actual moment when the show began... But once I walked out there. I don't remember a thing. It goes completely blank. When I watched it back I was so thankful that I didn't say anything TOO embarrassing. I did trip though, but I have always been a clutz! She even warned me in rehearsals that I would trip and she tried to talk me into walking in a different way...But I reassured her that I would be fine... I probably should have listened to her! After that... My life changed. I was introduced into a whole new world of music. 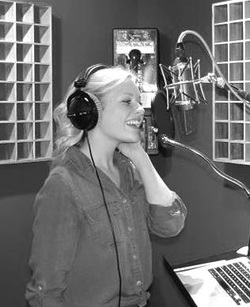 I started flying back and forth to Nashville a lot more often. The opportunities that were sent my way were unbelievable. I was getting to do things and meet people that I never would have thought I would be close to meeting. I still remember my first co-write.  I was so nervous. I didn't think I was going to like it, but I ended up falling in love with it. Looking back a few years ago, I never would have thought that I would be in the position that I am today. I never would have thought that I would be picking up my life to move to Nashville and live my dream every single day. Now signed to Republic Nashville and 19 Entertainment, the dream is real. Now, I can say that I am a 16 year old girl (Yes... I still can not drive), who can never put down her guitar and can't go anywhere without thinking of the next song idea. 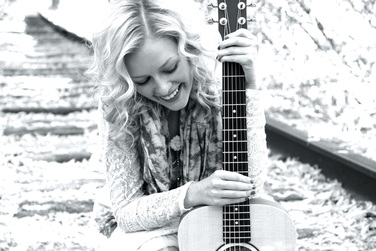 This blog is going to be all about my journey in Nashville. I am so excited to start a new chapter of my life and I would love to share it with you all. Thank you for reading, and I hope you continue to read and enjoy!

Create your own unique website with customizable templates.
Story Of My Life